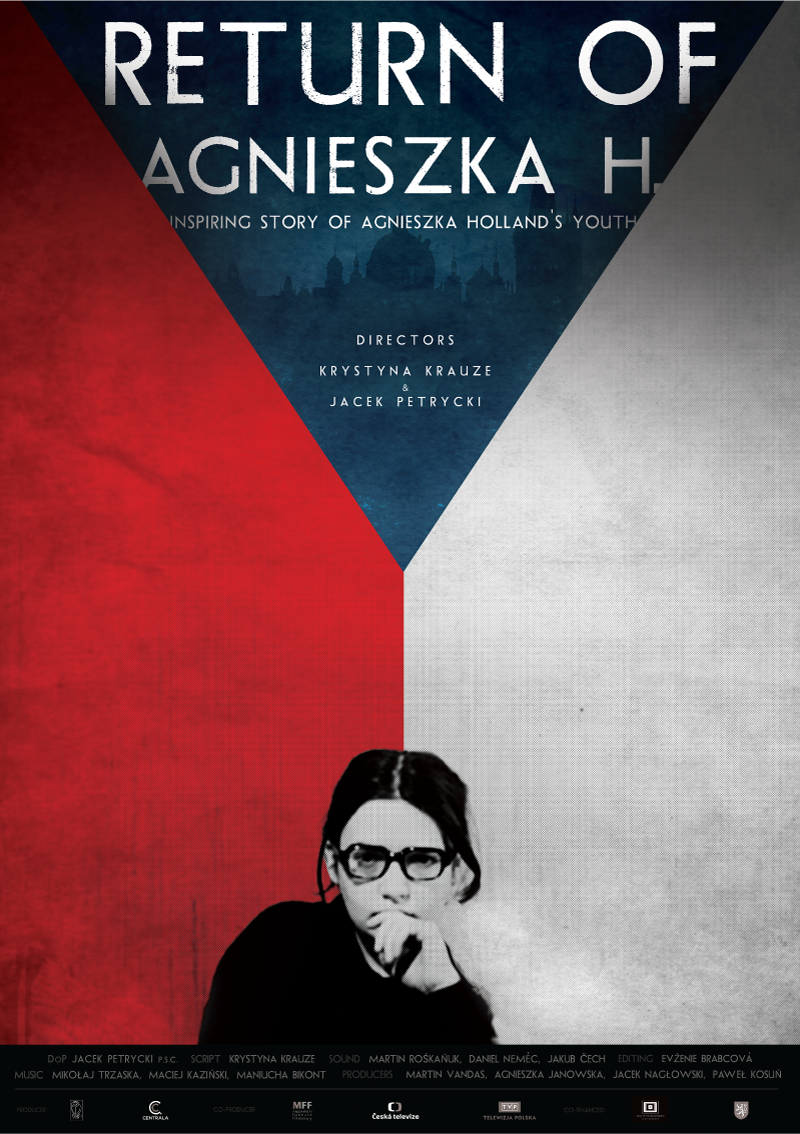 The film was a part of the project : Polska Swiatloczuła

Powrór Agnieszki H. (Return of Agnieszka H.) is a light and, very often, humorous story about the student years of the most famous Polish female director – Agnieszka Holland, who attended FAMU (The Film and TV School of the Academy of Performing Arts in Prague) in 1966-1971. It was a time of political breakthroughs and the artist actively participated in the Prague Spring events as well as in student protests against so called normalization. In 1970, she ended up in jail for a few weeks. In the film, she goes back to places known in her youth; she also reunites with some friends. In her journey, she is accompanied by two friends from FAMU – a cameraman Andrzej Koszyk and a documentalist Andrzej Zajączkowski. The reason of her, yet another return to Czech Republic was shooting the series Gorejący krzew (Burning bush), telling the story of events surrounding Jan Palach’s act of self-immolation. It may seem symbolic, that the director of this project is a Pole (Jan Palach’s peer), who was eye-witnessing all the events that eventually became the series’ script outline. What we consider a very important feature of this documentary, is the fact, that it was Jacek Petrycki, a longtime friend and colleague, cameraman of her most important feature films, who stood behind the camera. Their relationship is very close and full of mutual understanding. Thanks to that, a special link between the protagonist, camera and the cameraman was possible, resulting in a truly intimate portrait of a director, who up until today remains faithful to her youth ideals.