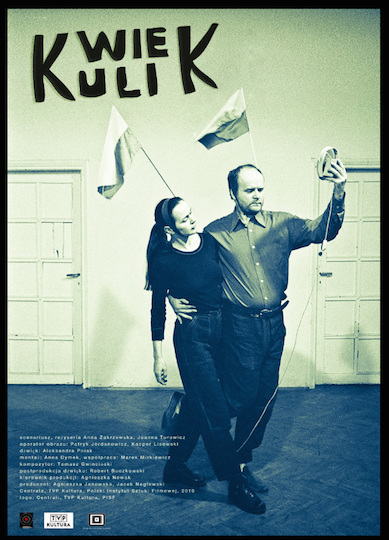 Zofia Kulik has fulfilled her dream: her work, an autobiography “Splendour of Myself” was exhibited next to the portraits by Rembrandt, during the famous exhibition Documenta XII, in Kassel. She is at the top of her carrier but she decides to give up her individual work to create a great archive of the works that she produced together with life and artistic partner Przemysław Kwiek. In years 1971-1987, the artists worked under the name KwieKulik and were inseparable. After the breakup, they still create but they work and exhibit their works separately. They live on one property, but in separate houses, near Warsaw. Apart from the precious archive including thousands of negatives, slides and films showing their art, one more thing connects Zofia and Przemysław. It is their son, whom they included in their radical artistic activities when he was a child.

In the past, they used to record “to-camera activities”. Today, the lens of a camera is directed at them and it brings back the old and forgotten emotions. Their different attitudes and opinions on art and life are visible in their numerous quarrels. They relive the socialist reality anew. Analyzing the archival documentation of their avant-garde experiments, they think over their approach to the totalitarian state, art, family and their relations from that time. The clash of the past and the presence makes the film a universal story about love, passing and … art.