Maria Is Not Alive [PL] 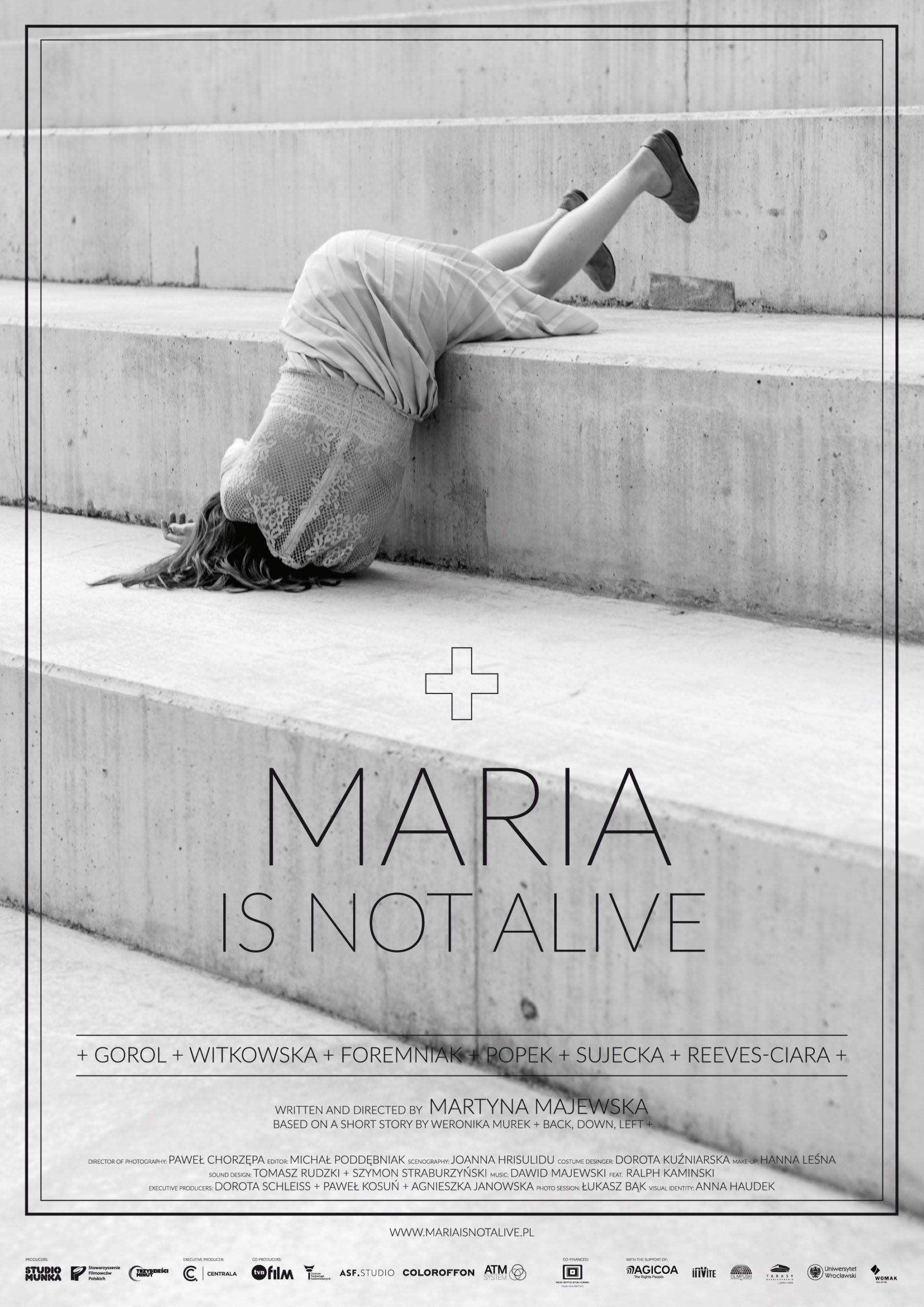 About the poject: Fiction, short, completed

Maria is dead, but she is alive. She committed suicide but remains in her living body for some days. How did she kill herself? She’s looking for cause, observes the world without her. Preparations for the funeral, autopsy, disinfection in flat in progress. She’s invited to a party for the dead ones. Family is disgust that she’s alive since she died. They think she lived and died badly. Maria wants to interrupt own funeral. Starts to believe that she’s dead, although feels like she’s not.